The Track and Races

Fewer locations in India are as prestigious as Delhi Race Club. A few miles away from the Prime Minister’s home and office, the nation’s capital has a unique race course that dates back to the 1940s.

The turf is green, and flat. There are no turns or gradients. There is only one track. Despite being small, the clubhouse caters to 800 odd members, and the 4000 people who come to watch the races during season time.

These are only some of the variables that affect a horse no matter whether it is a Grade I, Grade II, or Grade III event being held at the Delhi Race Course. Bettingsites.co.in helps you understand the various conditions that will influence the outcome of a race. Whether it is the climate, the turf, form guide, and so on – it will help you make a decision once you place your bet. 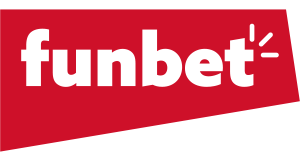 Delhi’s famous heat does not allow for racing in the summer. Hence the two seasons at the Delhi Race Course run between August to April each year. The club comes under the aegis of the Royal Western India Turf Club (RWITC) which also governs racing in Maharashtra at Mumbai and Pune. However, the Delhi Race Course itself also functions as an autonomous body.

All the clubs that come under the RWITC and of course the Turf Authorities of India, can be viewed on Bettingsites.co.in. Once can check the race guide, watch the race online as well as place their bet on a particular race.

The club’s activities are carried out by approximately 2000 people directly or indirectly as owners, trainers, jockeys, syces(people who take care of horses, a term used in India), along with permanent staff of the club.

Keeping in view the stable that can serve about 500 horses at a time, the Delhi Race Course has constantly evolved its facilities including embracing eco-friendly material for its turf. The has been done to combat global warming and improve the grass quality of the track.

As mentioned above, Delhi’s horse racing calendar runs from August to April. The two seasons are:

The biggest race is the North Indian Derby, a Grade III event held during in winter. It is a unique Blue Ribbon race, the only one of its kind run over the mile. The calendar also has other Grade II and Grade III races throughout the year, like the Indian 2000 Guineas, and the Kurukshetra Plate.

Some of the other important races at Delhi Race Course include:

Over the years, given that it is in a place of prime importance, the facilities at the race course have greatly been enhanced. Keeping in mind its heritage value, the venue counts amongst one of the best in the country.

Bettingsites.co.in will tell you more about the various racecourses around the country and how you can place a bet at each of the venues as and when the races happen.

What the Delhi Race Club lacks in size, it makes up in importance and location. Close to landmarks such as the Gymkhana Club, and Safdarjang’s Tomb, the club has a very exclusive membership.
Made up of some of the most powerful people in the country, members include bureaucrats and other important officials.

Part of a Grand Design

When Edward Lutyens was called in to plan the new capital in the 1911, a particular tract of land
at the centre of the city was put aside for a racetrack, a royal past-time. It started function in 1926, and was officially registered in 1940.

Come Independence time in 1947, the country’s capital had now changed. Being surrounded by the architecture that reminds one of the country’s colonial past, the Delhi Race Course used to be in an oval shape. After the Indian Air Force Took over some of the land, it is now in a U shape.

There is a worldwide perception that gambling in India is illegal. However, this is not true – the industry is worth US$60 billion. Horse racing comes under the Public Gambling Act 1867 and is permitted by law.

It is legal to bet on Bettingsites.co.in even while sitting in India.

In a case fought in the Supreme Court of India, Dr KR Lakshmanan v. State of Tamil Nadu, the court recognized that horse racing, football, chess, rummy, golf and baseball are games of skill. Betting on horses it ruled required skill as one needed to judge the form of the horse and the jockey not to mention the other vagaries.

However, betting kiosks are far and few in India. Therefore, unless you are on location as in the case of Delhi Race Course, it is difficult to place your bet. Bettingsites.co.in is on hand to assist you with this. A lot of expert advice, and analysis goes into explaining why you should choose a particular bet on a particular race.

The 2019-20 racing season at Delhi Race Club was supposed to be spread over 50 days, offering Rs 91.50 million as stake money. This unfortunately came to a halt because of the novel coronavirus pandemic in early 2020.

Up to that point, they had managed to secure sponsorships to enhance the Rs 2 million races to Rs 5 million. There is a hope of introducing a multimillion race once things to back to normal.
In the meanwhile, visit Bettingsites.co.in for the latest updates in the world of Indian horse race betting and Delhi Race Course.